Throughout the history of the Assay Office Birmingham, its activities have been governed by changes to legislation. Some of these have been sought by the Office and only achieved as a result of strenuous lobbying, others have been accepted less enthusiastically. Throughout its 230 years of history Assay Masters have had to follow Matthew Boulton's example, and fight for the good of the Birmingham Assay Office and the benefit of the UK jewellery trade.

Some of the most significant legislation is listed below:

1824 The Birmingham Assay Office Act
After strenuous lobbying and opposition from London and Sheffield, this Act allowed Birmingham to hallmark gold as well as silver, which was all that was allowed in the Act of 1773. Birmingham already had a regional monopoly for hallmarking silver, and this Act extended the monopoly to all manufacturers of silver or gold within a 30 mile radius.


1854 Act - Introduction of lower gold standards
From this date, goldsmiths could work in 9, 12 or 15 carat gold, as well as the older standards of 18 and 22 carat. This brought gold jewellery within the reach of a greatly extended public. The 12 and 15 standards were replaced by 14 carat gold in 1932.

1902 The Birmingham Assay Office Act
In response to the Workmen's Compensation Act 1897, the 1902 Act enabled the Office to make provision for the support of aged or incapacitated workers. This was possibly inspired by Joseph Chamberlain, a Guardian of the Office.

By 1953 there were over 30 statutes relating to hallmarking, some adjusted or partly repealed. Many included requirements inappropriate to the new economic and social situation. An overhaul of legislation was well overdue. This proved to be a lengthy and complex process but eventually the Hallmarking Act 1973, was passed, championed by Jerry Wiggin MP, a descendant of a Birmingham family associated with the Assay Office for generations.

1989 The Birmingham Order (Statutory Instrument 1989 no 900)
The Order altered the constitution of the Office. It removed the Guardians’ obligation to serve in that position for life, required them to undergo regular re-election to the position, and stipulated a retirement age of 70.
The Order also formally reformed some of the archaic practices stipulated in the original Act, for example, the Assay Master and two Wardens being present at every assay; a practice which was highly impractical and unnecessary. The Office also gained much more freedom in terms of accounting and auditing procedures, and in borrowing and investing money.

1995 The Birmingham Assay Office Act
The Assay Office itself campaigned for this Act, in the light of the threat posed  by the single European market which was seen to jeopardise the future of compulsory hallmarking by an independent third party. Before this Act, statutory hallmarking was the only activity which the Office was allowed to undertake. The 1995 Act granted the Birmingham Assay Office the power to undertake analytical, technical and investigative services, to provide valuations, consultancy and produce reports and certificates expressing results, findings and opinions, in any part of the world. 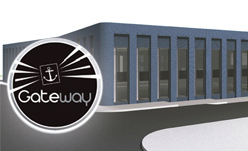 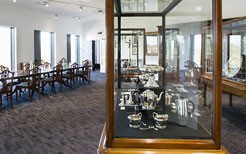