Arguably the most popular amongst blue stones are sapphires and tanzanites. But, explains ANU MANCHANDA, they each require a different form of testing for treatments. 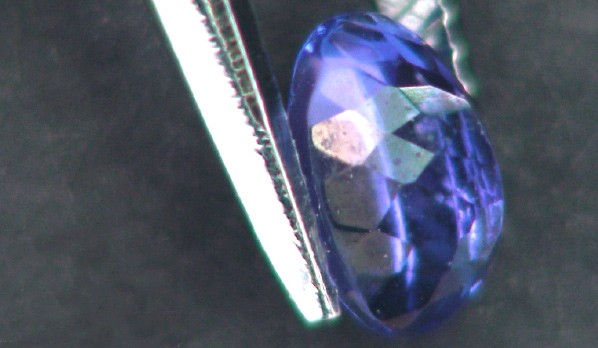 Blue gemstones complement diamonds perfectly, especially when set against white metal, and this gem combination continues to be a popular classic. There are many blue gemstones, from blue diamonds to blue spinel with topaz, iolite and lapis lazuli in between. The two most popular precious blue gems are are sapphires and tanzanites; two highly contrasting stones in terms of history, origin, composition and treatment. While sapphires have been admired for over 2,000 years and initially became popular as much because of their alleged restorative powers as for their beauty, tanzanites are a relatively recent discovery admired purely for their brilliant deep indigo or violet hue.

Blue Sapphire Blue sapphire is a member of the mineral species ‘corundum’, a sister to ruby. Historically sapphires were sourced in Kashmir, Myanmar and Sri Lanka but in recent decades Madagascar, Eastern Africa, Australia, Thailand and Cambodia have also become important sources.

Sapphires occur naturally in a rainbow of colours, including much rarer pinks and yellows but the most common is blue with the colour being created by varying levels of trace elements of iron or titanium. Blue sapphires are usually cut in cushion and oval shapes with brilliant-cut crowns and step-cut pavilions to expose their rich colour.

Tanzanite
In contrast to the long-established attraction of sapphire, tanzanite is a remarkably modern phenomenon. Although it is believed tanzanite was formed over 500 million years ago when Mt. Kilimanjaro erupted, it took until 1967 for it to be discovered and recognised as a gem-quality crystal. 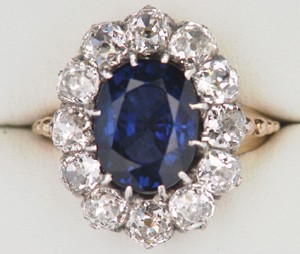 Tanzanite is a brownish colour in its rough state but after heat treatment turns a glittering violet-blue and its deep intense colours have helped to make it a big success story. Tanzanites are always heat treated to change their colour although there are a few rare examples of tanzanites coloured by a quirk of nature.

Clarity is never an issue and the clean stones encourage designs featuring large tanzanites complemented by diamond to demonstrate their fabulous colour. As with all natural resources there is only a fi nite amount available and the top quality, deeply colour-saturated tanzanite gemstones, which may be hues of indigo or violet, account for only 0.13% of mined tanzanite and are becoming extremely hard to source.

One of the characteristics which sapphires and tanzanites therefore have in common is that it is accepted that, except in extremely rare circumstances, most of these gems coming onto the market will have been heat treated to make them saleable.

AnchorCert’s task is to ensure that any treatments which need to be disclosed are identifi ed, as they aff ect the value of the stone. As treatments become more sophisticated this requires an growing array of hightech equipment used by an expert gemmologist.

Treatment of gemstones to enhance their appearance is not a new phenomenon, and in fact it dates back to the 16th Century. Common gem treatments include heating, irradiation, bleaching, colourless or coloured impregnation, dying and coating. The wide and consistent use of some treatments over the years has eliminated the need for disclosure.

However, when treatments are applied, which can mislead the customer into thinking they are purchasing a far higher quality gemstone than they really are, disclosure is compulsory. The way that stones should be described and the treatments which should be disclosed are all clearly set out in the CIBJO ‘Blue Book on Coloured Gemstones’, which is widely respected as the worldwide ‘bible’ for gemstone nomenclature. 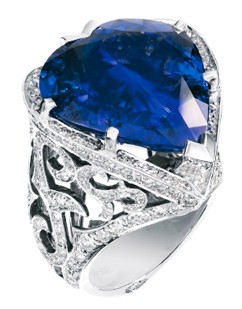 Tanzanite is totally transformed visually by heat treatment which is carried out at relatively low temperatures. However, it is complementary to the natural process, placing the tanzanite in a more stable state and there is no evidence of structural or chemical alteration between heated and unheated tanzanite. Heat treatment of tanzanite is accepted practice and does not require disclosure.

Remaining natural sources of high quality sapphires are dwindling and as much as 95 per cent of the gemquality sapphire in the market today is treated in some way to improve their apparent quality. These range from relatively simple techniques to much more advanced methods. It is generally accepted that blue sapphires have been heat treated unless stated otherwise. AnchorCert will use a range of sophisticated equipment to check for treatments and identify and report the level of enhancement.

There are a variety of other techniques for sapphires to which the gemmologist has to be extremely alert as these have to be disclosed. Such treatments include heating with ti-diff usion whereby the diff usion of titanium gives a thin layer of colour to the surface of the gem.

In 2001, a new treatment known as Be-diff usion suddenly appeared whereby beryllium was used along with higher temperatures and a longer time for diff usion treatment. The result was a colour penetrating the entire depth of the stone making the treatment much more diffi cult to identify. In checking for diff usion treatments the gemmologist will look for tell-tale signs. If visual examination is not conclusive stones may have to be tested using a semi-destructive test.

In a much less sophisticated way, sapphires may also be enhanced by oiling; fi lling the fi ssures with oil or a similar substance to reduce the visibility of fi ssures thus improving the apparent clarity of the gem. Fracture fi lling with cobalt blue glass is an alternative. Both of these treatments are easy to detect as is surface cobalt coating which applies an additional layer to improve the apparent colour of the stone.

The need to adopt other practices to enhance tanzanite has only manifested itself in the past decade as supplies of suitable quality tanzanite have dwindled and suppliers have sought ways of enhancing remaining stocks.

AnchorCert saw an influx of cobalt coated tanzanites a couple of years ago but these are much less common since the issue was identified by the supply chain. This treatment takes the form of a surface cobalt coating which can improve the apparent colour of the tanzanite by as much as two grades.

The colour enhancement makes the stone seem of higher quality, and therefore more valuable than it was originally. A qualified gemmologist will identify this using just a 10x loupe as the colour may look unnaturally patchy, particularly when viewed from the crown and there will be iridescence to confirm initial suspicions.

Viewed under a microscope there will be signs of abrasion around the edges of the facets. This is a very diff erent proposition from the irreversible heat treatment which has enhanced the natural colour of the tanzanite. Cobalt coating can enhance a stone by as much as two colour grades but is not permanent and will eventually peel away, leaving a very disappointed customer. This treatment should therefore always be disclosed. There are no doubt more treatments and synthetics under development already. AnchorCert gemmologists have to be alert to these and remain fully equipped to identify them both in terms of knowledge and resources. For more information on Gem reports
T: 0871 871 6020 or use our contact form.