A hallmark for the future

The future is here. Well, laser-etching hallmarks into pieces is certainly pretty futuristic, and according to MARIE BRENNAN of Assay Office Birmingham, it offers a great way to stand out from the crowd. 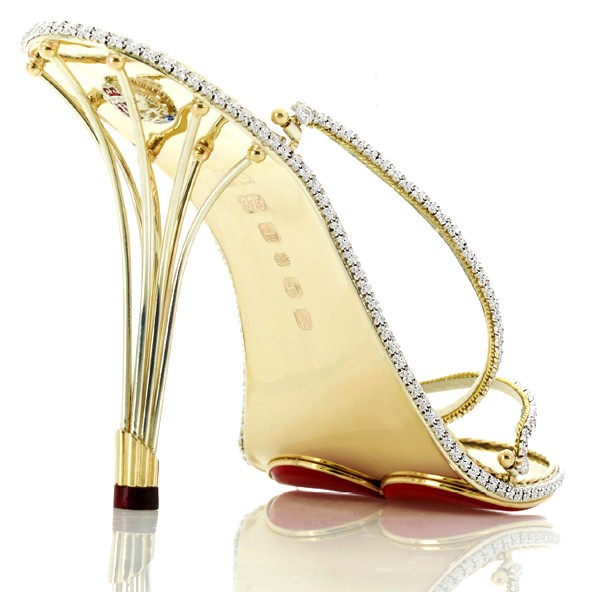 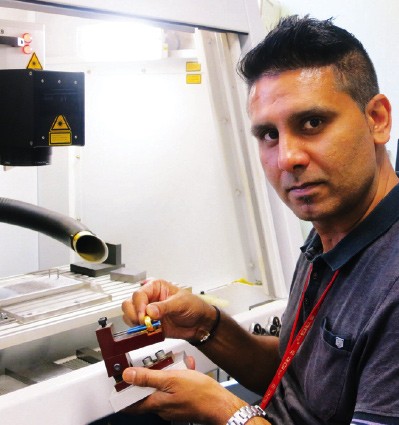 The long established practice of assaying and hallmarking precious metal articles still follows the same principles that it has for centuries. However, the technology involved in the process has moved on significantly in the last 15 years, driven by the changes in the global market.

The arrival of an increasing number of articles which are fully finished, highly polished, hollow or light-weight prompted the Assay Office to fi d different ways of sampling and hallmarking these items without damaging them. Two new techniques were developed; testing by X Ray Fluorescence (XRF), which removes the need to scrape off a tiny sample of the metal to test by the traditional method, and laser hallmarking, which allows delicate items to be hallmarked without bruising.

From a cautious beginning, laser hallmarking is now firmly established as one of the accepted methods of applying hallmarks. High precious metal prices during the last five years in particular have driven manufacturers to make lighter weight products to hit affordable price points, and this is where the laser really comes into its own.

The laser process exerts no physical pressure on the item, but burns the mark into the metal using a laser beam with pinpoint accuracy.

Tiny gem-set rings with hollow shoulders, lightweight bangles that would cave in under even gentle pressure from a fly press and spindly earring posts can all be hallmarked by laser without damage to the product. The only finishing required after laser marking is the removal of the ‘soot’ or burn mark which is carried out in the laser room.

Now that the benefits of laser marking are understood, the technique is being applied far more widely to embellish products in other ways. The laser room at the Assay Office is equipped with a battery of laser machines and is delivering an increasing number of laser marks which are nothing to do with the hallmark. The laser can mark any kind of metal and many of the articles submitted to the laser room are base metal and do not require hallmarking at all.

The equipment is very versatile and marks can range from a tiny logo on a pendant bale to a large inscription or embellishment on a piece of silver, or security numbering on coins and medals. There are two different types of lasering, one which burns in the mark itself, this is an outline laser mark, and then ‘deep relief’ laser marking which burns away the metal surrounding the mark. In both cases the quality of the mark is excellent from the start and remains absolutely consistent, as there are no issues with the punch wearing. The size, depth and style of the mark can be changed by the operator adjusting variable controls on the laser if required.

Before a mark can be applied by laser for the first time it has to be created as a piece of artwork for the software system. The preparation of good artwork is very important as a sharp high quality mark can only be created from a clean graphic with the appropriate level of detail. The laser team at the Assay Office, currently headed by Supervisor Julie Burns and Suki Singh, senior laser marker, have spent years experimenting and developing increasingly complicated artwork and are now confident that “anything is possible”. 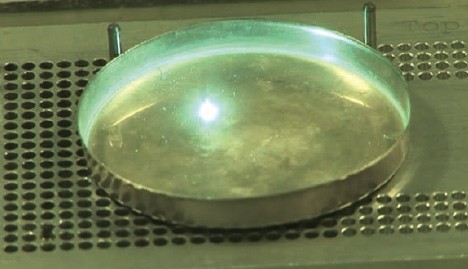 As the team offers laser marking to a wider audience, the skill of the experts becomes more and more important. Singh’s portfolio of artwork contains a wide variety of examples as customers use the benefits of laser marking to add value to their products. Alongside the statutory hallmarking, a huge volume of coins, medals and other memorabilia to mark royal occasions and commemorate significant international events flow through the laser room.

Some of these are limited editions, requiring sequential numbering and very tight control, others require the careful application of logos and inscriptions. There are logos for well respected brands such as Fortnum & Mason, designer signatures and a range of crests and badges as ceremonial ware also benefits from the versatility of laser marking. 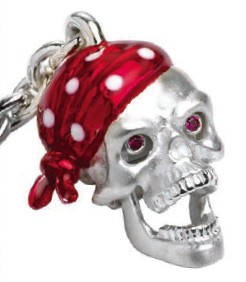 The consistency of laser marking where the depth and power are pre-set on the laser machine is a huge benefit for this sort of product. The laser room has also seen some interesting one-off s, for example, creating history by lasering the Jamaican flag and the Union Flag onto batons presented to the Olympic teams when they were in Birmingham training in 2013. The team loves a challenge like this and really enjoys collaborating with our customers and coming up with ideas to enhance their product and create something unique and relevant, whether it be a one-off or a commercially viable range.