Honest Grading - The Truth is Out

Honest grading - the truth is out

In the wake of Martin Rapaport’s omission of a diamond grading house because of the alleged ‘over-grading’ of stones, we asked the Birmingham Assay Office to explain the situation and shed some light on the grading process. 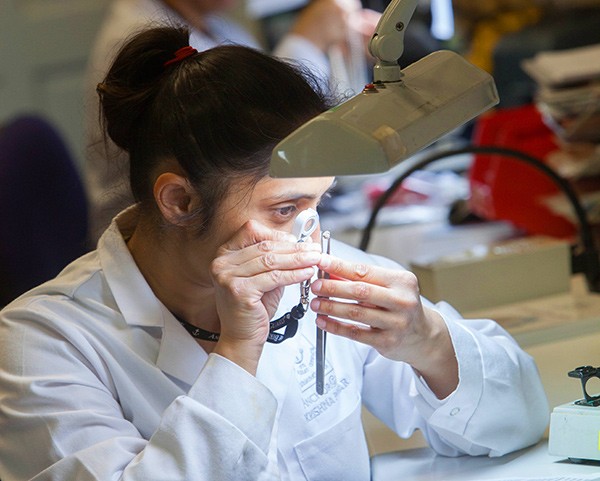 Over the past 10 years the global jewellery industry has been increasingly concerned about some of the unethical and irresponsible practices in its supply chain, particularly with regard to diamonds and minerals coming from areas of conflict and human exploitation. Through the commitment and robust efforts of many dedicated people there are now several organisations tackling various aspects of this issue. The Responsible Jewellery Council (RJC), CIBJO, BJA, NAG and Gem-A are all working together to make a difference and there are many other similar organisations around the world whose work will make our industry supply chain far more ethical and responsible.

However, in the meantime there has been an ever larger ‘elephant in the room’, within our own part of the supply chain which, despite rumblings, no one has been brave enough to tackle head on. That ‘elephant’ is dishonest, overstated diamond certificates which have finally been very publicly denounced by industry leader Martin Rapaport. Having recently refused to trade stones carrying EGL reports on Rapnet, because he believes them to be vastly overstated, Rapaport has now posted a comprehensive 10- page document, ‘Honest Grading’, and an impassioned 19 minute speech on the Diamonds.net website. The jewellery industry needs to look at practices throughout the whole supply chain, not just in less developed parts of the world, in order to become ethically and socially responsible.

The mission statement of the Birmingham Assay Office is: ‘Protecting and serving the consumer and the trade independently, with integrity’, and it welcomes Rapaport’s exposure of an issue which impacts their business and the industry which it strives to protect, every day.

GIA established themselves in the USA in the 1950s and after major investment, expertise, ongoing training, research and development, are firmly established as the global market leader and standard setter in diamond grading. They are happy for their terminology and language to be used by other labs as it creates a healthy competitive market with everyone working off the same standard.

HOW THEY’RE GRADED
The AnchorCert Gem Lab at the Assay Office follows the GIA nomenclature and has invested in GIA stones of varying sizes to grade against for increased accuracy. When an AnchorCert gemmologist is grading for colour they are comparing the diamond in question against a stone certificated by GIA as a master stone at the very top end of the colour grade. So if the diamond that the grader is assessing is a better colour than the GIA ‘G’ colour stone it is automatically graded as ‘F’, because you cannot have ‘G’ stone better than the GIA master stone of that letter. Every stone is independently seen by two AnchorCert graders and if they do not agree a third is asked to adjudicate. This way AnchorCert grading is consistent with the accepted GIA standards and the customer can rely upon it.

Rapaport recognises that diamond grading is subjective and there may be some tolerance. The normal expectation would be one grade either way on colour and clarity and certainly never more than two which only happens in rare and exceptional cases. But there are clear examples of variations far wider than this, with an example from a recent USA lawsuit citing two diamonds graded ‘N’ and ‘M’ by GIA being sold with an EGL International certificate which assessed them both as ‘G’. The price difference for the pair of cufflinks concerned was over $100,000, four times their legitimate value.

BENEFITS VS REPUTATIONAL DAMAGE
The short term commercial benefit to the retailer or wholesaler for accepting a stone with a clearly overstated certificate is obvious. The same benefits clearly apply to the diamond grading facility who are prepared to supply such a document. However, the long term damage to the reputation of our trade is immeasurable and will eventually jeopardise the whole future of the diamond and ultimately the fine jewellery industry. 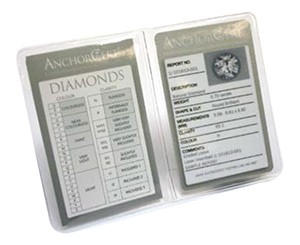 The level playing field provided in the UK by our rigorous hallmarking system means that at least honest retailers can be competitive with regard to the precious metal content of their jewellery. Even this does not apply in America and the consumer is subject to huge risk from undercarating, as many have discovered in recent years when they have come back to scrap their 14k only to find it is really 10k. Independent consumer research commissioned by AnchorCert in the UK showed that 39% of consumers buying a diamond were reassured by the reputation of the retailer from whom they bought it, and a huge 45% were reassured by an independent diamond certificate. The continued proliferation of this malpractice threatens to destroy the confidence on both sides and make buying a large diamond a far less attractive prospect for the end consumer.

The diamond grading playing field is extremely uneven. Apart from inconsistencies in grading there are also huge variances in expertise and technology. In some cases those grading in good faith may not have the necessary resources to reach the right conclusion. AnchorCert has invested a six figure sum in its technology which includes Raman, FTIR and UVVis to support the initial screening by Diamondsure. However, there seems to be a low awareness in the trade of the level of input needed to really ensure a stone is not treated or synthetic. A recent independent survey carried out in Hatton Garden for AnchorCert asked potential and existing customers if they were aware of the technical resource that the AnchorCert Gem Lab has. This was generally accepted as a necessary ‘given’ with respondents being surprised at the question, so much so that when the same survey was repeated in Birmingham the question was removed from the survey.

The industry needs to understand the consequences of the situation. There are no legal requirements or even voluntary industry standards to set up as a diamond grading facility. Standards vary hugely between labs and everyone in the supply chain needs to take responsibility for their own part of it. It is to be hoped that Martin Rapaport’s bold denunciation of dishonest certificates will be the catalyst to enable the huge number of honest providers in the jewellery industry to trade with integrity, in the way they wish, and remain competitive, to the benefit of the whole industry.

For more information on AnchorCert Gem Lab and the White Diamond, Coloured Diamond, Gemstone and Pearl Reports available call 0871 423 7922 or contact us here.