As part of its recent relocation from Newhall Street to Moreton Street, Assay Office Birmingham has revealed the last and first articles to be hallmarked at its former and brand new premises. 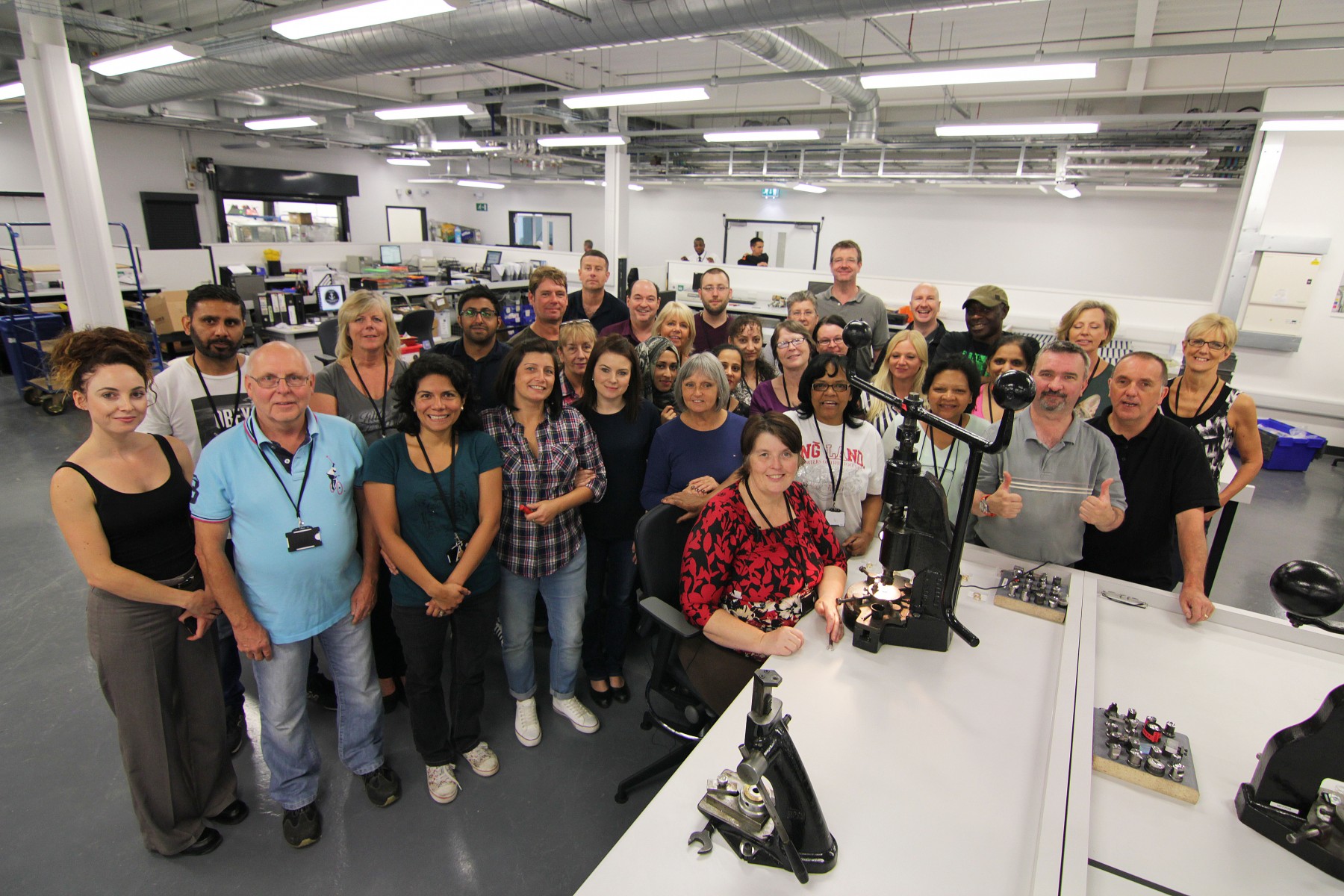 The business ran a competition via social media for jewellers, brands and silversmiths to submit their work for the honour of being the last items hallmarked at Newhall Street, with CEO and Assay Master Stella Layton drawing the two winners: L.J. Millington and GoldNielson.

The two items were hallmarked on July 23rd – a silver photo frame by silver manufacturer L.J. Millington of Birmingham, hand struck by Faye Grove, and a gold ring by GoldNeilson, aka Andrew Nielson, who is part of this year’s IJL KickStarter line-up.

Andrew Nielson of GoldNielson said: “My bespoke jewellery brand has only just launched and I was in disbelief to find out that I’d won the draw. My very first piece of fine jewellery ever to be hallmarked would be the last piece lasered in the iconic Newhall Street Assay Office. What an honour!”

Nielson will showcase his laser-marked gold ring alongside his certificate from Assay Office Birmingham at his stand at IJL, T10D.

Echoing Nielson, Steve Millington of silver manufacturer L.J. Millington said: “I’m delighted our photo frame was the last piece of silver to be struck at the ‘old’ Assay Office, as our workshops are situated closest to the site of Matthew Boulton’s original manufactory on Soho Hill, I’m sure he’d be delighted that the trade that he was fundamental in starting 250 years ago is still alive and kicking.”

Millington has kindly offered to gift the photo frame to Assay Office Birmingham, and plans to put an image of Matthew Boulton within it, to be part of the AOB’s private silver collection as the item that received the last hand hallmark in Newhall Street.

Opening doors to its new headquarters on July 27th, Assay Office Birmingham also paid tribute to the first two articles to be hallmarked. Staff selected a silver bangle from Gecko to be laser marked, and a gold wedding ring by Charles Green, which was hallmarked by Tina Watts.

WB Group managing director Andrew Morton described the new Assay Office Birmingham as “outstanding”, adding: “A business with the history and pedigree of Assay Office Birmingham to now reside in a state-of-the-art building is a fantastic combination. For a Gecko product to be one of the first pieces hallmarked is very special for us, and we look forward to working with AOB for many years to come."

He also hopes to deliver the silver bangle back to AOB, to be part of its silver collection alongside L.J. Millington’s silver photo frame.

Birmingham Jewellery Quarter business Charles Green specialises in handcrafted wedding rings. Its managing director Tom Green spoke of the historical synergy between Assay Office Birmingham and the business, stating: “Charles Green’s first piece of jewellery was hallmarked by the now ‘old’ Assay Office almost two hundred years ago. Since then the number of items we had hallmarked by our friends on Newhall Street must have run in to the millions. I was therefore delighted to hear that the very first item of jewellery to be hallmarked at the new Assay Office Birmingham was a piece crafted by Charles Green. Here’s to next two hundred years!”

Assay Office Birmingham was founded in 1773 to provide assaying and hallmarking  of precious metal items of gold, silver, platinum and palladium as required by the Hallmarking Act.

It has been a centre of expert opinion and independent assessment of jewellery and precious metals for nearly 250 years, recently moving to a state-of-the-art new headquarters on Moreton Street in Birmingham’s Jewellery Quarter.

For more information about Assay Office Birmingham’s hallmarking facilities or to register contact Lin Moran on 0871 871 6020 or e-mail lin.moran@theassayoffice.co.uk. 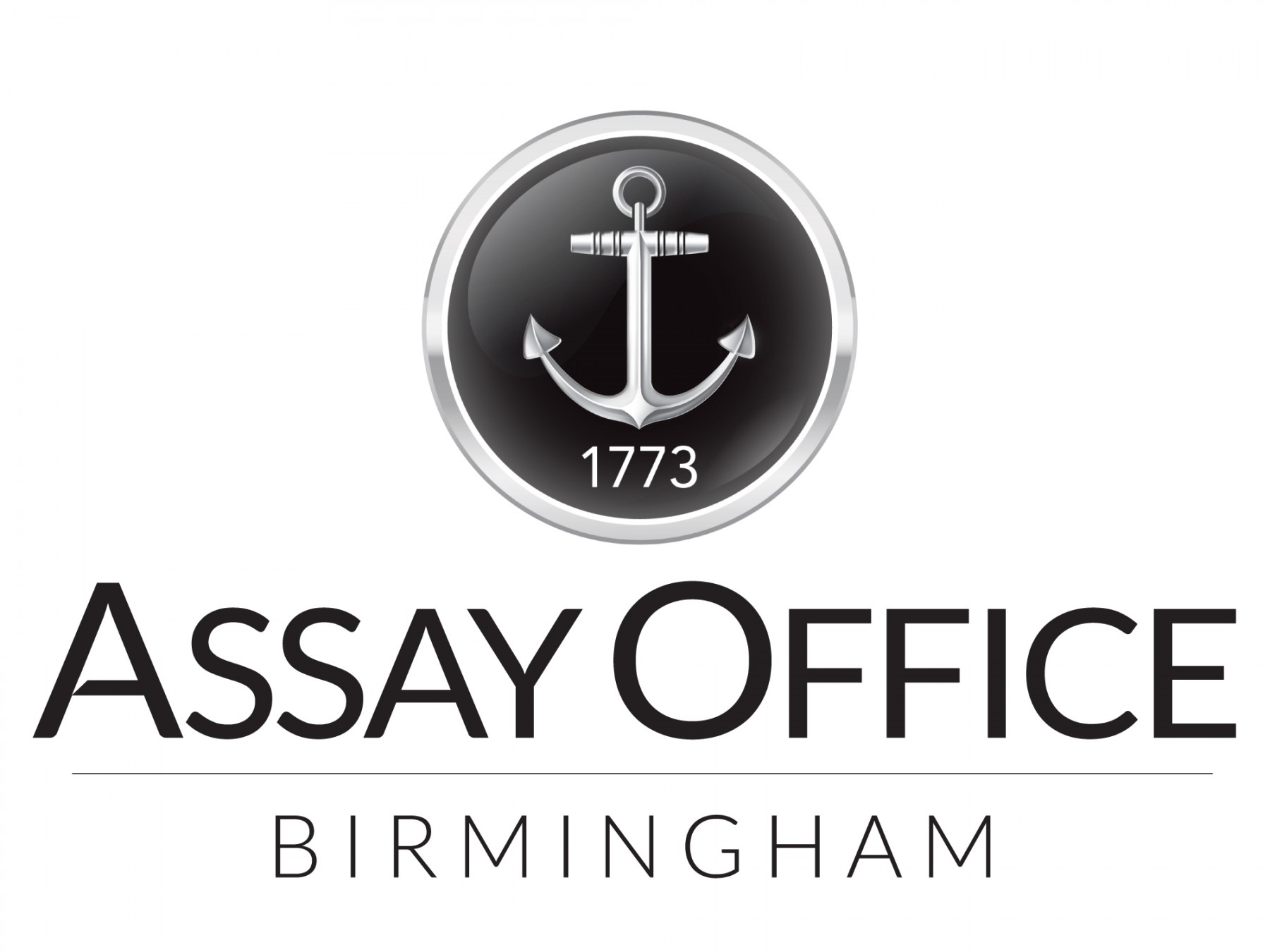