The partnership will provide LDB members, trading from the Bourse floor in Hatton Garden, with a dedicated, secure delivery of diamonds and gemstones for grading to AnchorCert Gem Lab, based at AOB’s new state-of-the-art Birmingham facility.

Both LDB and AOB are independent, not-for-profit businesses, renowned for their stringently high standards and focus on quality.

Commenting on the new partnership, London Diamond Bourse Chief Operating Officer Victoria McKay said: “This new partnership is a natural marriage as far as the LDB Board was concerned. Integrity is vital to both businesses and we believe that AOB’s AnchorCert Gem Lab upholds superior expertise, accuracy and knowledge. The added value for our members is the fact that AnchorCert Gem Lab is in the UK, rapidly reducing lead times for gemstone analysis and grading.”

For LDB members, this new partnership will bring many benefits including the convenience of having all stones collected for grading internally at the Bourse, a simple audited system facilitated entirely by LDB and AnchorCert Gem Lab, as well as the peace of mind and overall reduced costs that the collaborative grading service will provide.

Assay Master and CEO Stella Layton said: “It’s great to be working so closely with the London Diamond Bourse –

an institution that we have the utmost respect for. It’s even better that this partnership is positive recognition of AnchorCert Gem Lab’s internationally-recognised expertise by an institution with the reputation and integrity of LDB. These types of partnerships are vital for the protection of the UK trade.”

For more information about diamond gemstone and pearl reports visit our website www.anchorcertgemlab.com 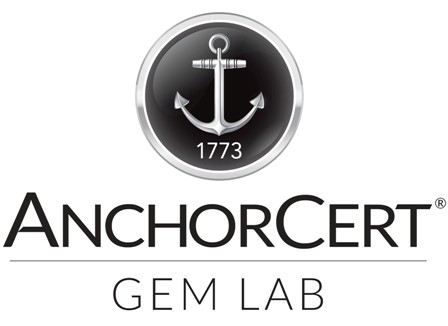