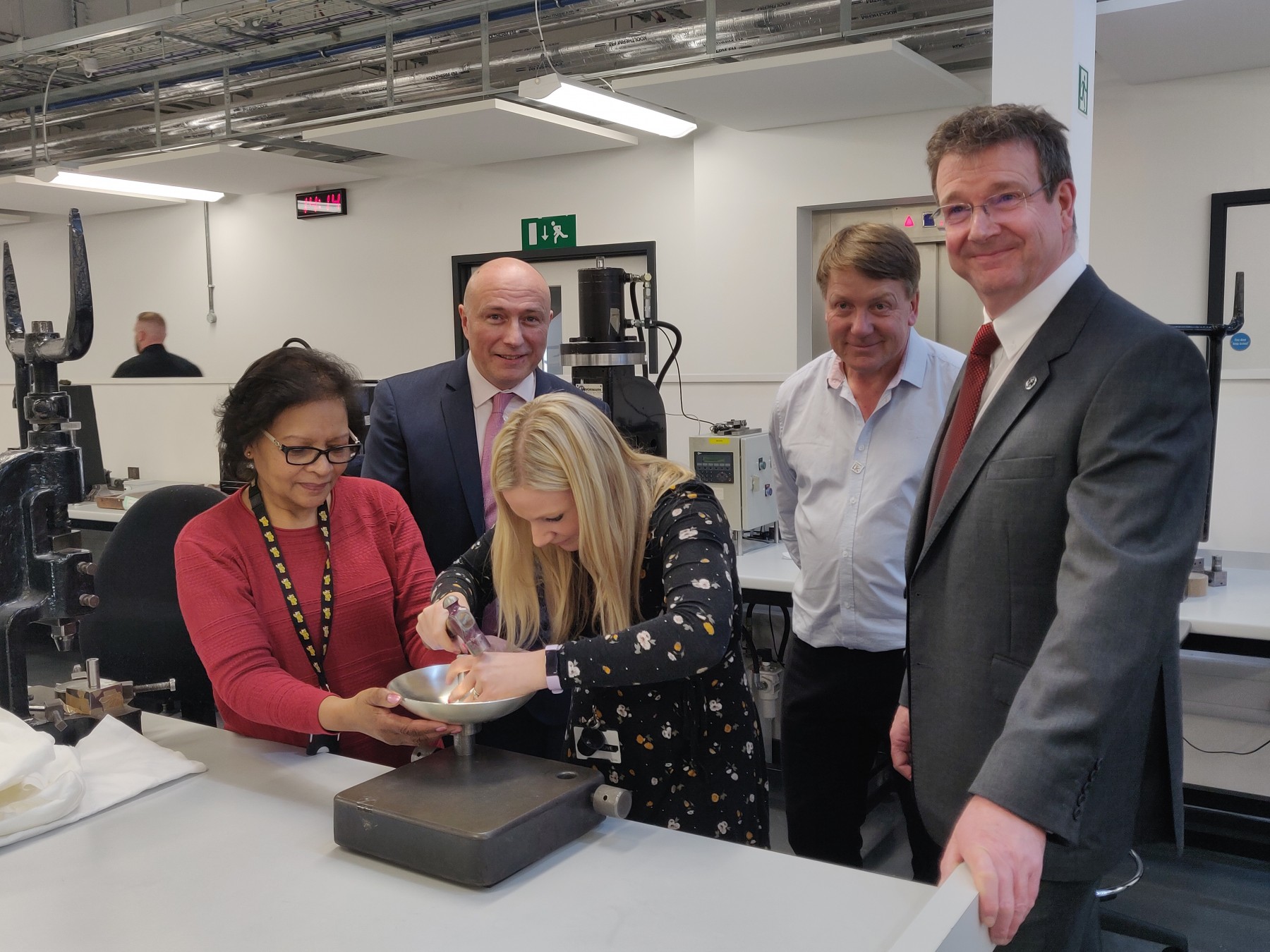 The first Created in the UK Mark is struck at Birmingham Assay Office.

Created in the UK, a scheme recently launched by NAJ has had its mark struck on the first item – a custom bowl designed by esteemed Silversmith, Andrew Macgowan. The bowl, a one-of-a-kind piece made from over a kilo of silver, was purchased by Garry Wroe, Managing Director of Hockley Mint, for the BATF collection at December’s Benevolent Society Ball.

Doug Henry, CEO and Assay Master at Birmingham Assay Office said, “It was a privilege and pleasure to witness the first Created in the UK mark being struck following the launch of this scheme. This initiative provides UK manufacturers with   an opportunity to identify their product as being created in the UK and we are very proud to have had the first mark struck here at the Birmingham Assay Office.”

Created in the UK was launched at September’s IJL show and allows jewellery, silverware and related UK-made products to be marked and promoted as such.

The mark can be struck on precious metal items as an additional mark to go alongside the hallmark. Initial sets of commonly used punches will be held by the Assay Office in order to kickstart the scheme, but the mark may also be applied via laser.

Simon Forrester, NAJ Chief Executive said, “2020 is the year of ‘Created’. The scheme has been received with enthusiasm by our members, and we’re looking forward to seeing the emergence of the mark over the next few months. With the current pressing times for import, I’m reassured of the importance for a scheme like this which differentiates between UK-made products and imported ones.”

The scheme that is in its first official year has a growing membership amongst Manufacturers, Designers and Retailers. The Created in the UK logo has been designed to be as simple as possible, in order to work across many delivery mechanisms without complicated instructions, the NAJ and licensees can use relevant artwork on appropriate products, packaging, websites and exhibition stands, in addition to the mark itself.

Created in the UK is an additional scheme for NAJ Members and more information can be found by visiting https://www.naj.co.uk/created or contacting NAJ Industry Ambassador Lindsey Straughton via lindsey.straughton@naj.co.uk.

COVID-19 INFORMATION FOR OUR CUSTOMERS