A third of “gold” jewellery sold online in the UK is suspected as fake, warns the British Hallmarking Council

A third of “gold” jewellery being sold online is suspected to be un hallmarked and therefore may be fake, raising concerns that UK consumers are being duped by internet traders, according to data released today from the British Hallmarking Council (the UK’s hallmarking body) and the Goldsmiths’ Company Assay Office.

Hallmarking Requirements post-Brexit: What can UK Jewellery importers and exporters do?

At the time of providing this information, the final relationship between the UK and the EU is not yet known. For this reason, this paper aims to set out best practice around the possible scenarios that may or may not transpire. This information relates to hallmarks only. Separate advice should be sought on customs arrangements. 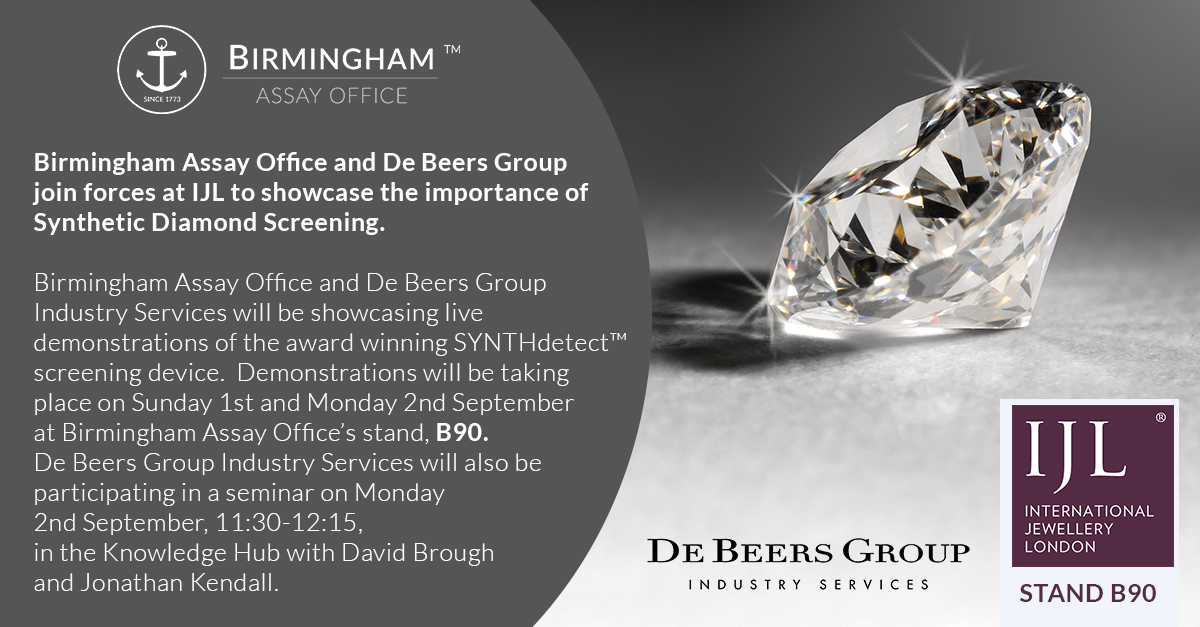 The Birmingham Assay Office and De Beers Group Industry Services, two institutions with a long history of supporting the jewellery industry by encouraging consumer confidence through integrity and transparency, have announced plans to join forces at IJL this September to help enhance the industry’s confidence in synthetic diamond screening processes.

The Birmingham Assay Office launch ‘Hope’ competition as they continue to raise funds for NHS heroes.

Hallmarking requirements and the EU