The Assay Office charts the growth in palladium jewellery volume since the launch of the palladium hallmark, and outlines some of the metal’s important characteristics. 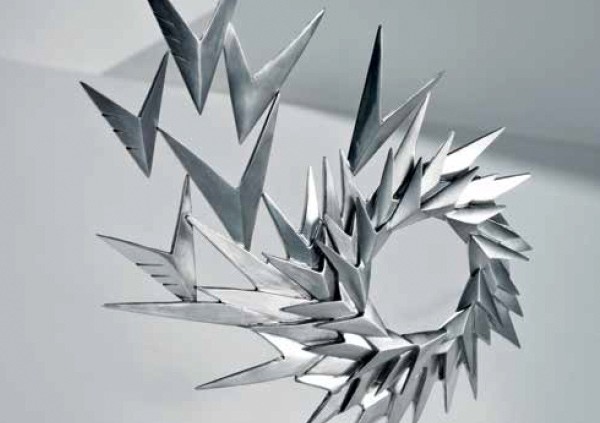 Palladium is finally coming into its own, as the trend for white metal continues but gold and platinum prices remain high. Jewellers are rethinking their ranges as platinum and even nine carat white gold become unaffordable to a large sector of their customers. Palladium has been growing in popularity since it was officially recognised as a precious metal with a voluntary hallmark in July 2009, compulsory from January 2010. Its new status coincided with a huge rise in the price of gold and platinum, and jewellery designers have increasingly developed the opportunities presented by this third white metal. Palladium has proved popular from the start, with 40,000 pieces hallmarked.

It is difficult to analyse exactly what is driving volume growth, but internet research and anecdotal information suggest that much of the volume is coming from wedding rings.

in the UK in the first six months. This is in stark contrast to platinum, which saw less than 100 units per year being hallmarked from 1975 to 1984. Total palladium hallmarking units in 2011 hit 106,000 units, and volumes have remained buoyant in 2012 with 118,600 units hallmarked to the end of November. Some of the growth has come from 500 palladium – a fineness unexplored until mid-2011, since which time demand has steadily grown – with 20,600 articles hallmarked to the end of November 2012. It is difficult to analyse exactly what is driving this volume growth, but internet research and anecdotal information suggest that much of the volume is coming from wedding rings. With gold running at over.

£1,000 per ounce, palladium is being offered as an alternative to white gold, with prices starting below £100 and retailers explaining the virtues of palladium in terms of durability and tarnish resistance. The lower density of palladium is certainly a driver too, offering the consumer a lower price for a bigger ‘look’, while the retailer enjoys a more attractive margin. A table of comparable bullion costs for the same style wedding ring (see facing page) illustrates the point clearly and also highlights the importance of marketing the virtues of palladium, even at a lower fineness.

It is perhaps surprising that there has not been a more significant shift to palladium for items other than wedding rings. However, although palladium is a platinum group metal, it is very different to work with and there are many who are still apprehensive about using it.

The benefits of palladium
Palladium has obvious benefits when compared with other white precious metals. It has none of the tarnishing or wear problems associated with white gold; palladium is approximately half as dense as platinum, being 12 grams per cubic centimetre as opposed to 20 grams for 950 platinum, and 16 grams for 18 carat white gold; and the identical article is therefore much less expensive in palladium than platinum, as it contains less weight of a significantly cheaper metal. A 950 palladium alloy is approximately half the price per gram of 18 carat gold at present, although additional making costs narrow the difference considerably. The table below demonstrates even bigger ‘perceived value’ benefits if 500 palladium is substituted.

The lower density of palladium offers the consumer a lower price for a bigger ‘look’, while the retailer enjoys a more attractive margin

Lightness is also a huge advantage in practical terms. Bold earrings made from platinum could be uncomfortably heavy, whereas a palladium alternative could be very wearable. However, there has initially been a reluctance to use palladium in this way, which is a missed opportunity. The extravagant pieces on display at the International Palladium Board’s stand at IJL demonstrated what can be achieved with this ‘new’ precious metal. 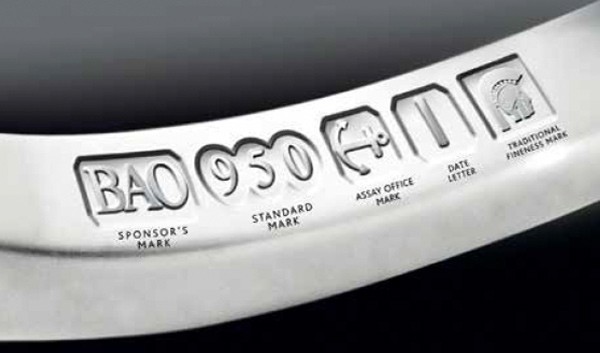 Technical aspects
Despite concerns about working with palladium, recent technological advances have created new opportunities. When the metal is heated it combines readily with hydrogen and oxygen, making it very difficult to cast. The new ‘gas cover’ technology has now made it possible to cast palladium consistently and without porosity.

Although palladium is particularly soft in the annealed condition, it work-hardens much faster than other precious metals, therefore frequent annealing may be required. However, this does not prevent it being bent, forged and rolled by an expert user. It is a ‘sticky metal’, which needs to be sawn with a lubricant, which should also be used when machining with a sharp tool, preferably in the hard condition. Palladium can also be laserjoined, engraved and enamelled by a skilled practitioner.

Silversmith and jeweller Martyn Pugh has experimented with palladium and learned from experience. “Don’t make the mistake of simply using palladium to reproduce an item you already make in other metals without checking that its design suits the material’s manufacturing and wear characteristics,” he advises. “Design specifically for palladium – for example, the metal has no memory, so once bent it stays bent and doesn’t spring back. This is obviously an advantage when setting stones, but I have found that claws are a little less resistant to distortion and, consequently, they need to be slightly thicker than for platinum.”

To keep in line with the Hallmarking Act, any precious metal solder with a fineness over 700 parts per thousand can be used. Some designers prefer platinum solders as they have a better colour; palladium solders being used where lower temperatures are required.

As a result of a handful of pioneers investing time and money in working with palladium, there are now several manufacturers and designers offering diamond and palladium engagement rings, and this will no doubt accelerate the demand from brides for palladium wedding rings. For men wanting a robust, durable ring, palladium offers the same look for sometimes several hundred pounds less. While the tough economic climate remains and gold and platinum are more than twice the price of palladium, this trend will continue and the introduction of more palladium jewellery seems likely.